Optical resolution can be defined in a few different ways.

1. The ability of an imaging system to resolve fine detail in the object that is being imaged/viewed, or the amount of detail and image holds.

When observing objects, they are unresolved when they are so far enough away such that they look like featureless dots. When moved closer and you can tell that they’re more than just a dot they are partially resolved. They are highly resolved when distinct features can be noted.

2. The ability of an optical system to differentiate between two closely spaced lines. [power test]

This is often understood by looking at the US Air Force’s 1951 resolution test chart. It consistes of 9 groups with 6 elements that are oriented in a “spiral.” When set up properly and looked at through an optical device, there will be a limit to which set of lines can be differentiated. Each set of lines corresponds to a particular optical resolution and the finer ones mean a higher resolution.

*Note, this is a method to evaluate the actual resolution of an optical system which is grounded in reality.

3. When denoted by an angle, it is traditionally thought of as the point where two light sources can be distinctly told apart.

Consider observing a car at night driving towards you from 10 miles away. Until it’s close enough the headlights will seem like one light instead of two. While far and it seems like it has only one headlight it is “unresolved.” When you can differentiate between the two headlights it is “resolved.” 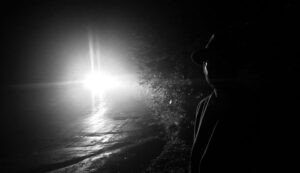 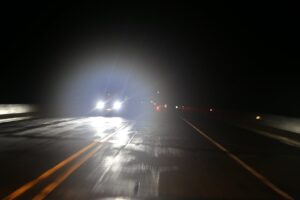 **this last definition is a dumbed down version of Rayleigh criterion.